Hope everyone is enjoying this great weather! This week's focus is on the area of probability – it is the chance that something will happen or how likely it is that an event will occur. It is important that your child grasps the language of probability: certain, likely, even chance, unlikely and impossible. You can have lots of fun with different scenarios, even describing some wacky ones in terms of probability! We then move later in the week to representing probability on a scale and as a fraction (desired outcome over possible outcomes). We hope the children enjoy studying this area! Remember we do not expect parents/guardians to print tasks, a notebook is fine for jotting down answers.

PowerPoints/videos/games to try before completing the task can be found under your child's step.

In preparation for their Friday test, the children will need to continue to revise the following times tables:

The children will also need to revise the language of probability so keep testing that they understand the terms certain, likely, even chance, unlikely and impossible throughout the week.

The children will complete their UR Brainy task for their mental maths. Today the children will be introduced to the terms certain, likely, unlikely and impossible. Particularly focus on likely and unlikely as these can cause difficulty. Children often describe events as certain or impossible so encourage them to see weather events as likely/unlikely (weather forecasters can make mistakes and even though they’d like to do an activity it does not mean that it is certain they will do it). There is a PowerPoint to go through allowing the children to use the terms above to describe the different scenarios. The children can also create a little probability flipbook (split a page into 4 sections and label likely, unlikely, certain and impossible. On the page behind draw and write down their own scenario to go with each term before stapling/securing these together). The children also have a task to complete. Step 2 and Step 3 are designing their own spinner (place a paperclip in the centre with a pencil and flick the paperclip - this can be your arrow – see below) and Step 1 children are answering questions on mystery sacks. 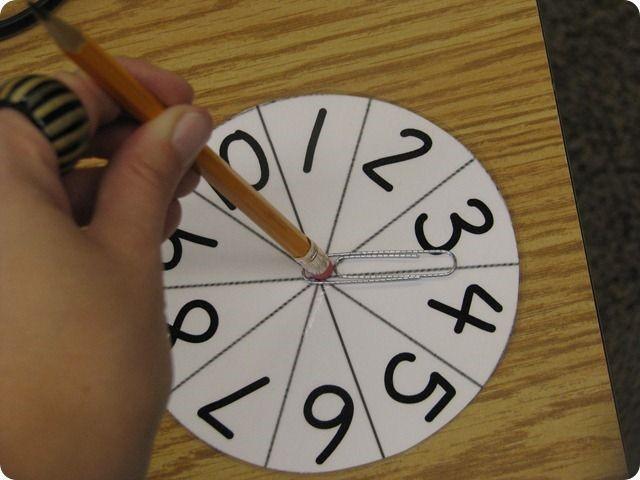 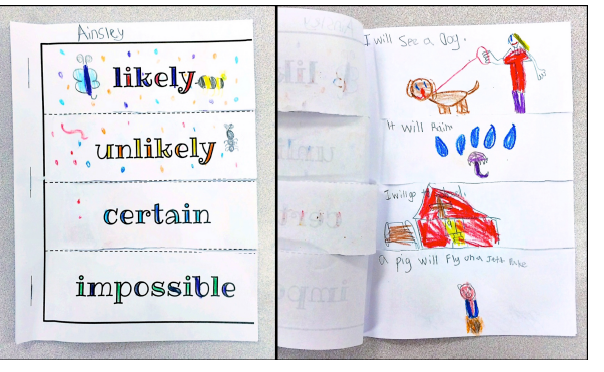 The children will play Hit the Button for mental maths today, revising their square numbers. Today we are focusing on revising yesterday’s terms and introducing the term even chance. This is when there’s only two possible outcomes to an event, e.g. tossing a coin (heads or tails), rolling an even number on a dice (the only options are odd or even numbers) or a baby boy/girl being born. There are some pictures in the children’s Tuesday section to support this. The children have a written Mathletics task to complete. Task and answers can be found in their step. If you find the children grasp this quickly there is a coin investigation the children could try to reinforce the mathematical skill of predicting and carrying out an investigation, comparing their results to their prediction.  Remember the order - impossible, unlikely, even chance (1/2 - one outcome out of a possible two), likely and certain.

The children will complete their UR Brainy task for their mental maths. Today we move on to the idea that probability can be described as a fraction and placed on a scale. There is PowerPoint to guide the children through this. If your child can simplify fractions confidently to their lowest terms, encourage them to do this (particularly if your child is in Group 3). The children’s tasks can be found under their steps. Step 1 children’s task is focused on reinforcing the language of probability as placing events on a scale can prove tricky but take the time to discuss these in the PowerPoint. Step 2 and 3 children have a little quiz to try for the lesson plenary once they have completed their task. There is also a little scale game the children could try (time permitting).

There is a PowerPoint with questions for the children to try today for their mental maths. Step 1 children select the easy level, Step 2 select medium level and Step 3 children select hard level. Answer in a jotter. Today is revision of yesterday’s concepts of placing the probability of events on a scale and representing probability as a fraction. There are two PowerPoints revising this if your child particularly struggled yesterday. Tasks can be found under your child’s steps. Step 1 children are focusing on the language of probability, Step 2 and 3 children are focusing on probability expressed as a fraction. One part of their task is to create scenarios to match fractions (see below). Ensure they understand the denominator (number on the bottom) represents the total number of marbles needed and the numerator (number on the top) represents the colour of marble they need to draw and colour. Encourage your child to relate their understanding of these fractions to our probability terms certain, likely, even chance, unlikely and impossible.

Today the children are using the BBC Bitesize link to revise multiples and factors. Watch the videos and play the reinforcement games before clicking on the link in the Bitesize webpage to complete the task (Step 2 and 3 children). Answers can be written in a jotter. Step 1 children are to complete the rainbow factor pairs task under their step. If your child is in Step 2 and 3 and finds this work tricky an extended version of the rainbow factor pairs task can be found in their step.

See the link below to test the children's times tables. The children's Friday test maths questions can be found under each step.