The children of Elmgrove Primary School have raised 3,400.00 for the Ulstr Cancer Foundation, making them the charity's top primary school fundraisers in Northern Ireland for the school year just ended.
The total, some 400 ahead of the next best school, who are also from East Belfast, Orangefield Primary with 3,000.00, was raised by a sponsored geography exercise, "Terry's Tour of Europe," in which the children followed Terry, a fictional traveller, on a journey through the European community, colouring the characters he met in each country, or placing the towns and cities he visited in their correct countries.

The photo is from 1990. If you can name anybody in these photos contact us. 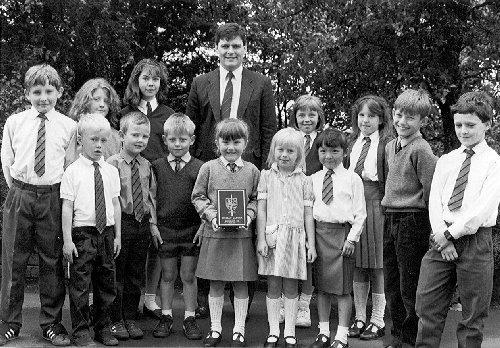 Thank to Craig Coates for providing the following information
Above : The taller boy on the left with hands behind back is Michael Burns and (below) the girl in the next photo is wendy ? boyh were Mr Simpsons P7 class that year i think. 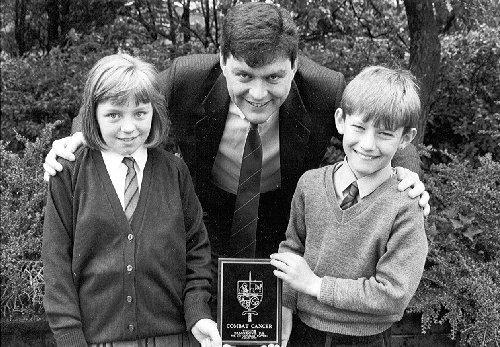 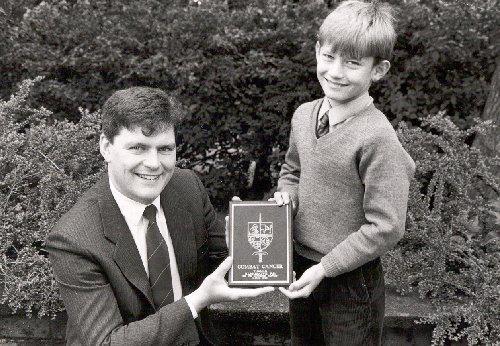