Let some of the pupils at Elmgrove tell you about their school...

HISTORY
Elmgrove was built in 1933 and it is still standing in spite of us! There are 460 pupils at the moment. But there used to be more than 700. 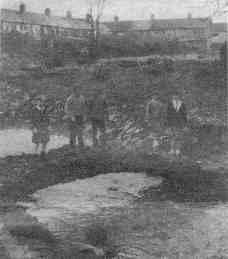 BRIDGE
Behind the school is the Conn O'Neill bridge. The little arched bridge is the oldest building in Belfast - at least 400 years old. It's made of stones and the strange thing is there doesn't appear to be any cement holding them. 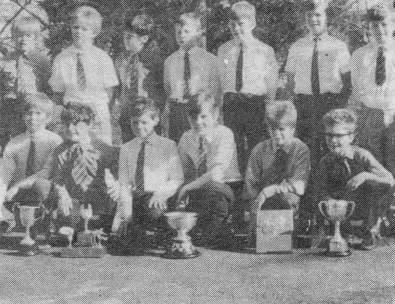 SOCCER
Last years football team did not lose a game. We won all the major trophies in the Belfast Primary School tournaments. We are not so hot this year because some of the best plavers moved to the secondary schools. Billy Bingham, the N.Ireland football manager, went to Elmgrove. By the way, last week we beat Avoniel 3 - 2!

COMPUTERS
We have sixteen computers in our school including two Master Cornputers. Jim, William, and me, Stuart, are computer managers, in a way. Every morning at 8.30 we get the keys to the room from the head Dr Hunter. We put the computers on the trollies, load them up, and take them round to the various class rooms for the teachers. We really are computerised at Elmgrove and we have a full time teacher called Mr McCallion.

FOOD
In our school the dinners are very popular (that is what Julie Anne McAuley told YN!). A typical meal would be sausages chips and beans, and a typical pudding is cornflakes cake. 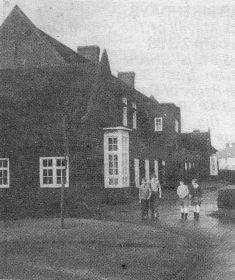 CHARITIES
Elmgrove cares for others. Over the past three years we have raised about £6,000 for seven different charities!! Over half of this went to the NSPCC.

SUMMER TRIPS
Fifteen of us are going to America this summer. We will all be staying with different families and see how they live. Some of our school went last year as well.

EAST BELFAST
You might think it is all bad here because of the news on television. We are normal and we don't go round wearing helmets, you know.
I was in England last year. It was nice but Northern Ireland is much better! The news just shows the shooting and bombing but never anything else. We go to school in the normal way and we go shopping in the normal way. We're just normal.